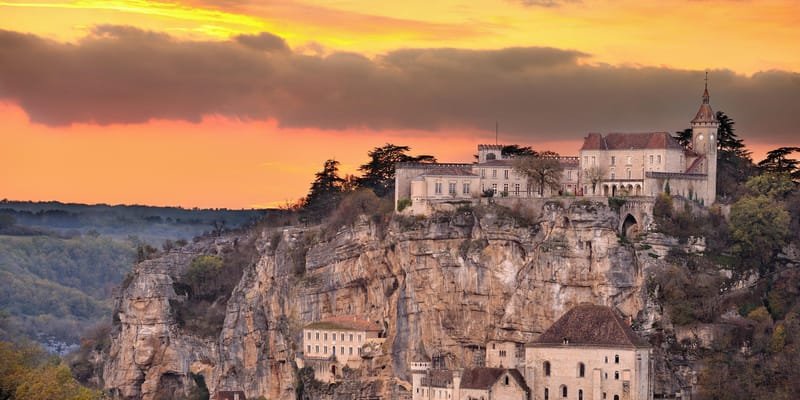 From the road, Rocamadour appears in front of you. This vertical village, built in successive levels directly above the cliff, hangs 150m above the Alzou canyon. This small village of 630 inhabitants is one of the most visited sites in France.

As early as the Middle Ages, Rocamadour excited people's admiration. In the 12th Century pilgrims crossed the whole of Europe to come and pray here. The village housed the relics of Saint-Amadour (a famous hermit who sought solitude in Rocamadour). It was also the much-venerated sanctuary of the Black Virgin.

You enter the village via the Figuier Gate before following the Rue de la Couronnerie, Rocamadour's one and only street - a very lively one with its boutiques and restaurants. Then you come to a series of monumental flights of steps (233 steps in all!) leading up to a little square around which cluster 8 churches and chapels beneath the cliff. 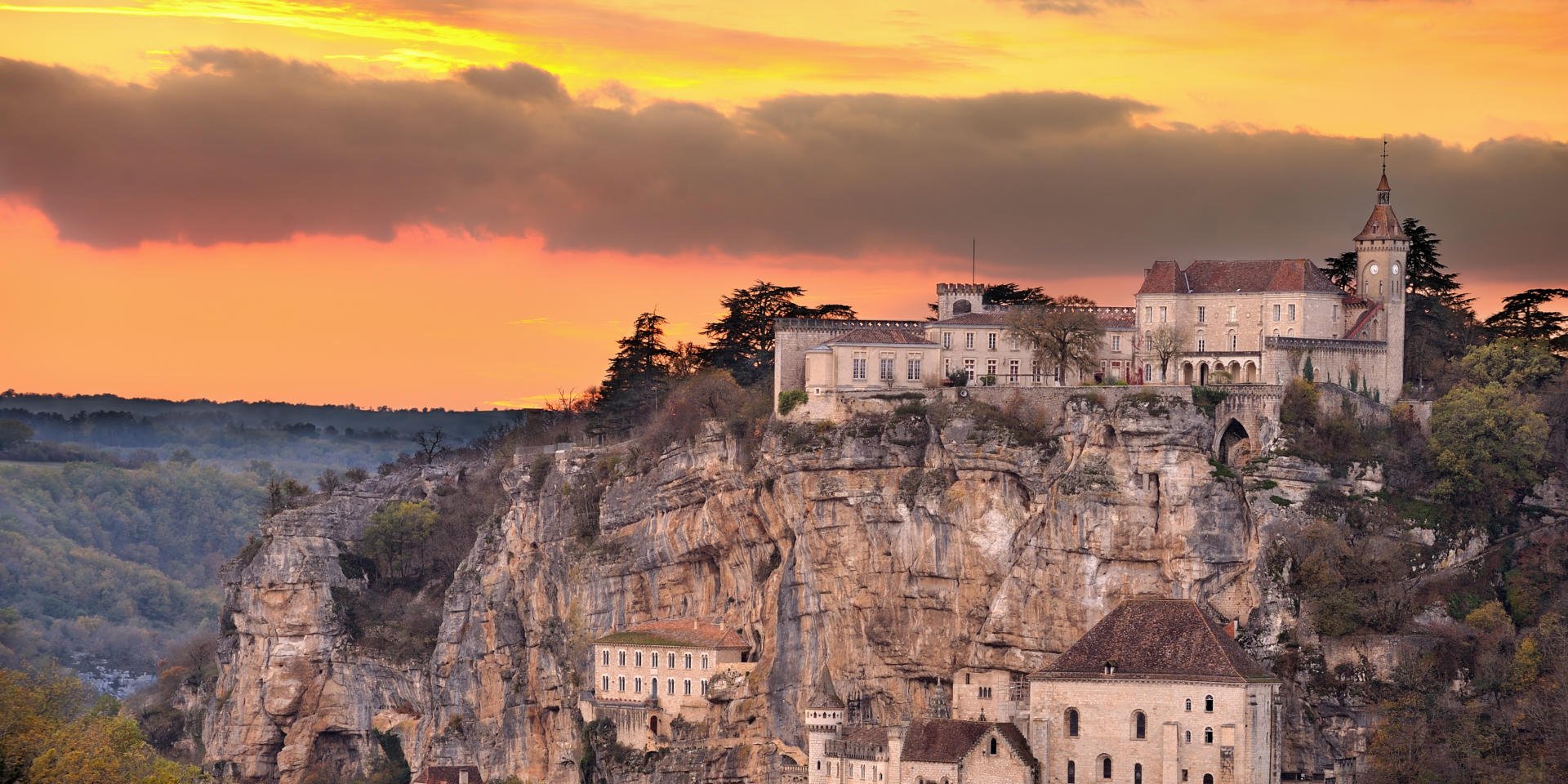 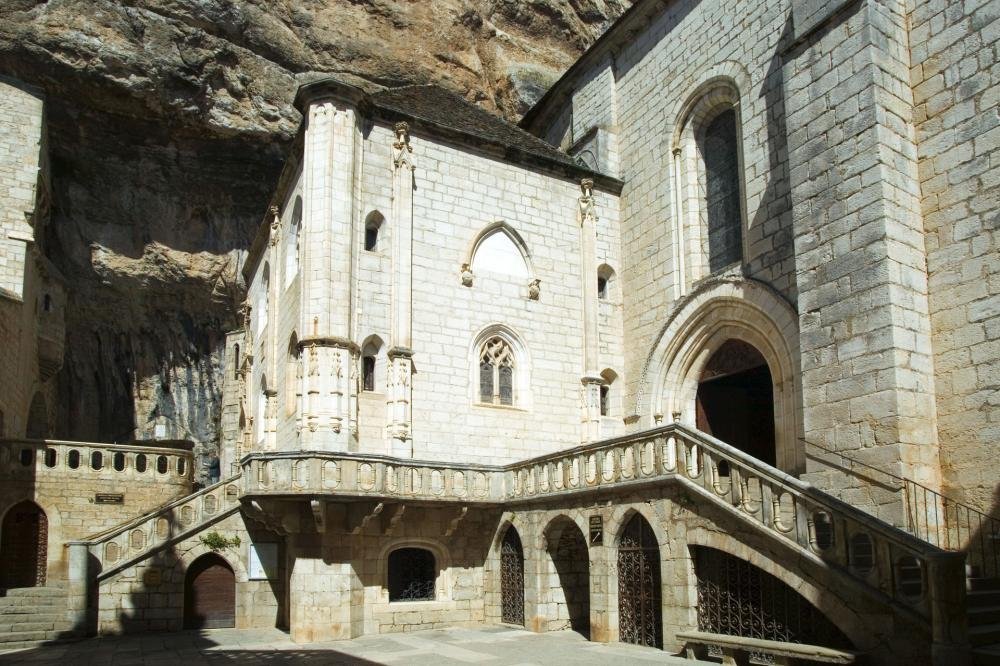