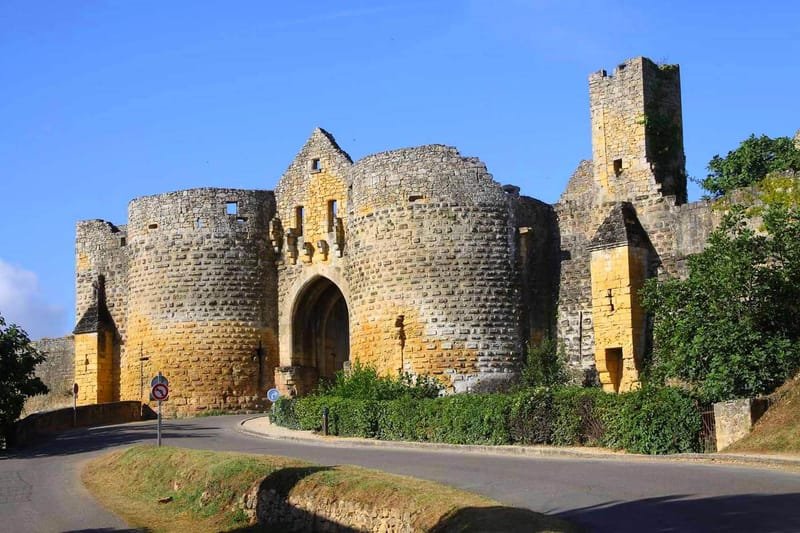 Domme is classified as one of the "Les Plus Beaux Villages" (most beautiful villages of France) and occupies a splendid position high above the Dordogne river. The village is lovely, as are the views, as well as the cave system that sits right underneath the main square.

The caves (grottes) have been used in the past to shelter the town's inhabitants during the Hundred Years' War, though the upper part was only discovered in 1954. There are more than 400m of stalactite filled galleries and a glass lift that takes you back up to the surface.

Unusually among the bastide towns, Domme retains part of its original fortified walls and the gateways into the town. The ramparts are extremely thick and there remain three of the original doors.

The Porte des Tours is perhaps the most impressive, with its round towers but the Porte de la Combe and the Porte del Bos are both very pretty and are reached by walking down really lovely streets lined with a mixed array of houses and cottages all in the lovely honey-coloured stone distinctive to this region.

The towers of the Porte des Tours were converted into prisons in 1307 when the Knights Templers were arrested by the king, and it is still possible to see the engraved crucifixes they carved whilst they were imprisoned.

Domme is larger than many of the bastide towns in the region, and, because it is found perched high above the Dordogne River, it has magnificent views over the river and surrounding countryside. It is a 'must' if you are exploring the region. 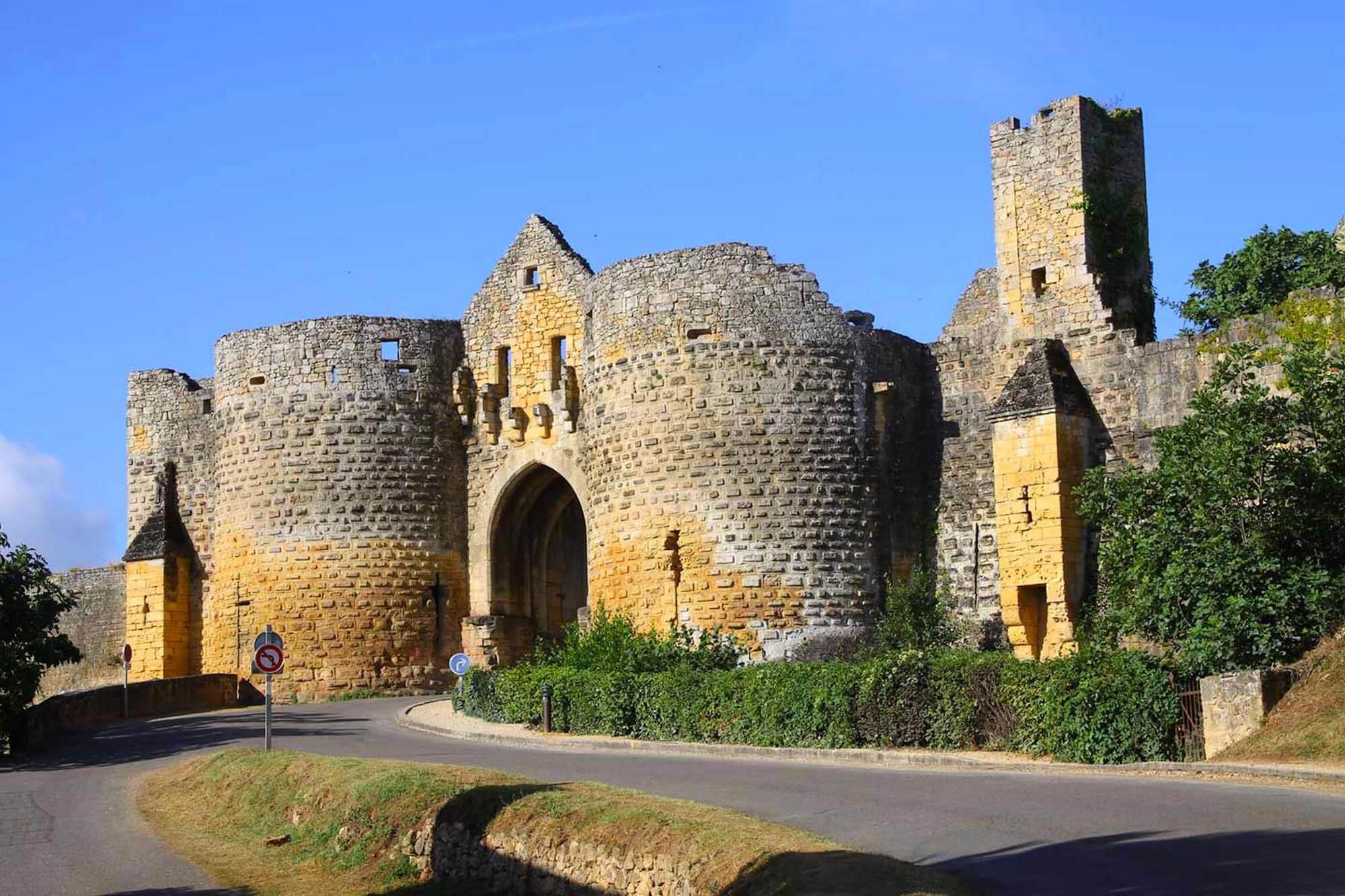 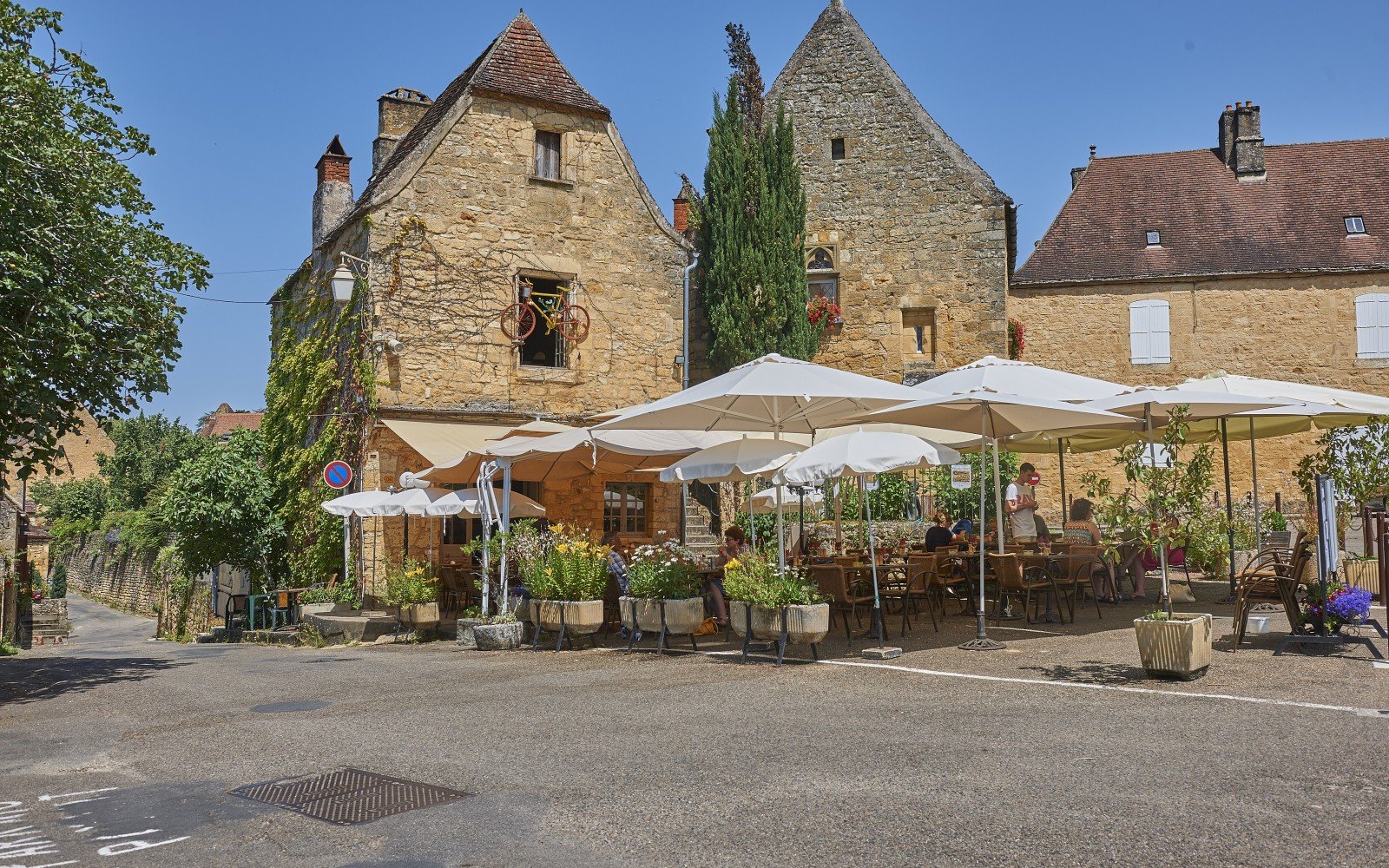 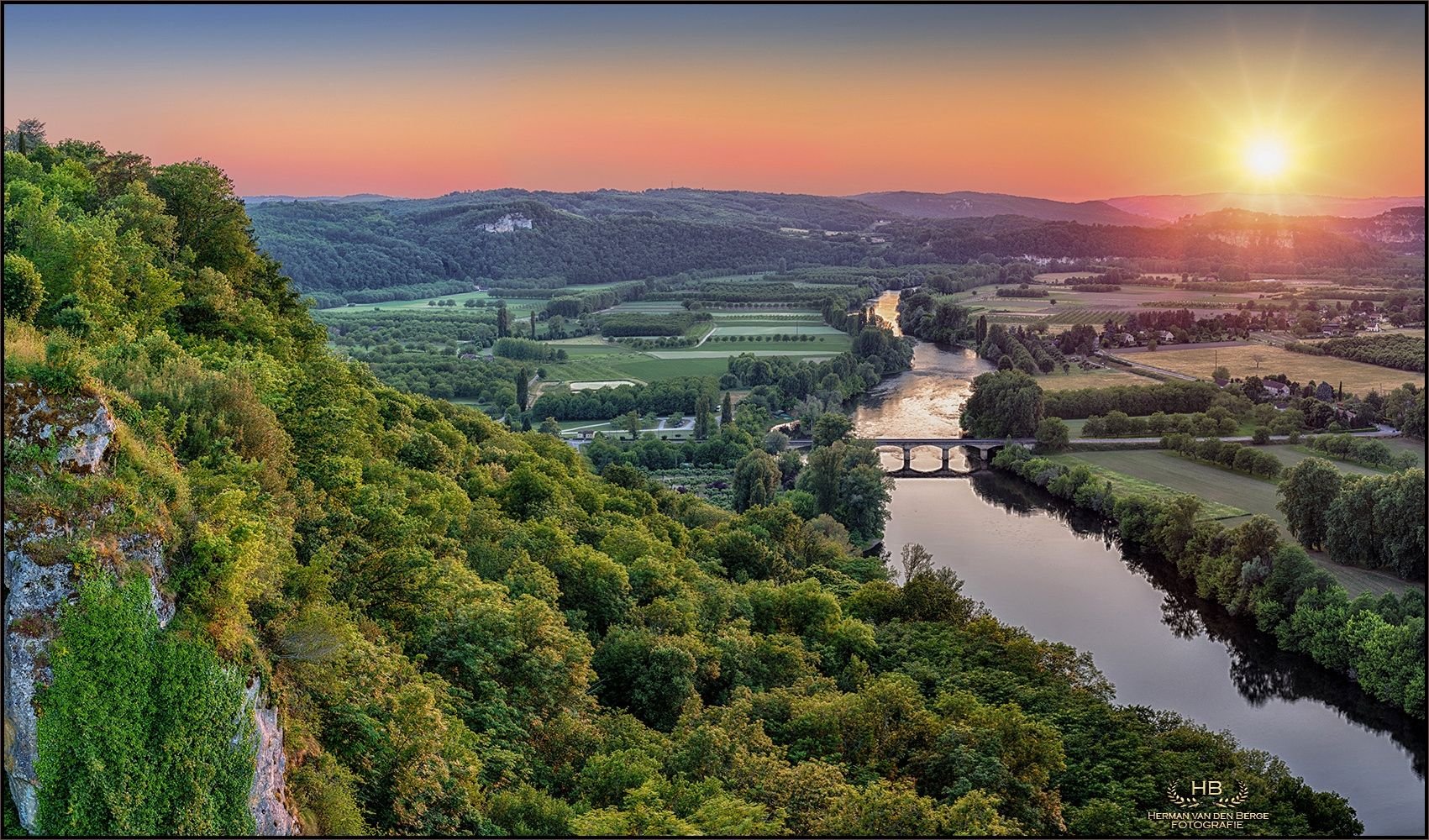